Unlocking the Secrets of the Solar System

What can asteroids teach us about the 4.6 billion-year history of our Solar System and Earth?

A Japanese spacecraft is currently on its way to some daring work at an asteroid. Hayabusa 2 is expected to reach asteroid Ryugu in June or July 2018. The unmanned spacecraft itself will scoop up a sample of asteroid dust for return back to Earth, just as its predecessor Hayabusa did at the near-Earth asteroid Itokawa a decade ago.

The first Hayabusa mission was the world's first asteroid sample return challenge of the Japanese Aerospace Exploration Agency (JAXA) in collaboration with NASA and Australia. In spite of hardships that have come its way, Hayabusa landed on the asteroid in November 2005 and collected samples in the form of tiny grains, which were returned to Earth aboard the spacecraft in June 2010.

But why on earth do we need samples from asteroids? It is because they are remnants of material that did not coalesce into major planets when the solar system was formed 4.6 billion years ago. While the other planets, including Earth underwent extensive melting in its early stage, some asteroids didn’t melt. Scientists believe primordial material, left over from the formation of the Sun, became incorporated into asteroids and have been recording a long and rich history of events since then. The samples, therefore, may help shed light on the solar system's birth and how it has evolved over time ― a tantalizing mystery that may someday answer the question about the origin of Earth.

In fact, the first Hayabusa mission provided some stunning insights to the evolution of the asteroid. JAXA scientists have collected about 1,500 particles of dust from the spacecraft’s sample return capsule, most of which are at just 10 micrometers or less in size.

Initial analysis was performed by a team comprised of leading scientists from universities and research institutions in Japan. They examined basic properties of relatively large-sized grains ranging from 30 to 120 micrometers, selected and provided by JAXA, to identify mineralogical and cosmochemical properties. 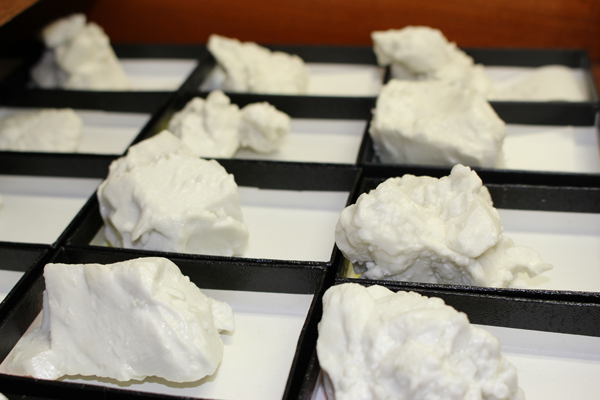 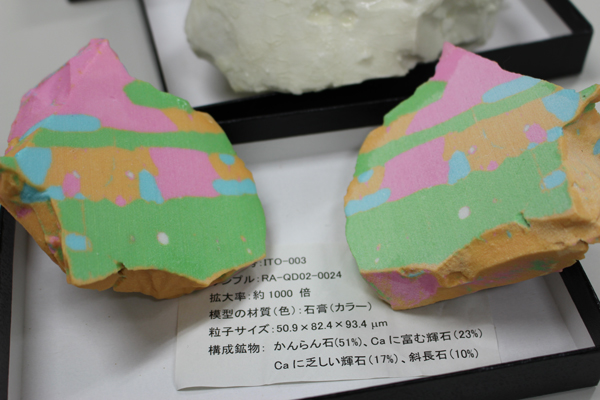 Professor Akira Tsuchiyama joined the initial analysis as a Principal Investigator specialized in synchrotron radiation computed tomography (SR-CT), a technique to measure three-dimensional (3D) structures non-destructively. And it was him who first studied 40 returned asteroid samples, because his x-ray microtomography was instrumental to other groups in providing valuable data without ruining the irreplaceable samples. Referring to Tsuchiyama’s x-ray slice images, other scientists polished samples for destructive analysis such as scanning electron microscopy (SEM), transmission electron microscopy (TEM), and so on.

“I was always under pressure after I had received samples.” says Tsuchiyama. “They have great scientific value. These are the first direct samples of an asteroid and their geological context from where the obtained samples came is very clear from extensive surveys of Itokawa by Hayabusa. Teamwork was really the key for this grain-by-grain analysis, as the scientists had to achieve respective scientific goals for a limited time, sharing the same limited number of samples.”

And their teamwork flourished! Only within a few months after receiving the samples from JAXA, scientists made the first presentation of what they had learned so far at an international scientific meeting in Houston, USA. 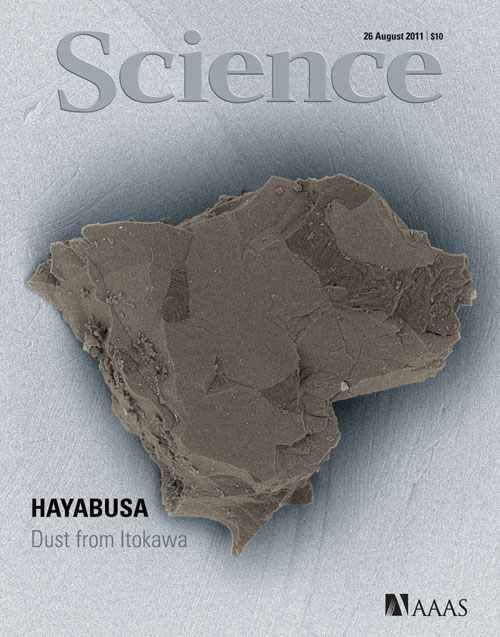 Hayabusa Sample appeared on the cover of Science issued on 26 August 2011, Credit: American Association for the Advancement of Science (AAAS)

Shortly after that, six papers by the analysis team were published in Science dated August 26, 2011. In addition, the cover of this scientific journal featured their achievements.

The initial analysis revealed that Itokawa has the material of an ordinary chondrite, most likely an LL chondrite. This is a most important aspect of the Hayabusa mission, because it finally links analyses of meteorites found on Earth to spectroscopic measurements of the asteroids. Meteorites are chunks of rock that fall to Earth's surface. Previous research implies that most of them are fragments of asteroids that broke apart long ago in the asteroid belt. Such fragments orbit the Sun before colliding with our planet. In theory, meteorites and asteroids are made of the same basic minerals; it’s just that asteroids are much bigger. But scientists had always found troubling differences between the two.

New data gathered by Hayabusa samples revealed why there is a difference. It’s the long-term space weathering effects that perturb the original structure and composition of the affected bodies. The solar wind ion irradiation changes the surface of asteroids to look different from meteorites.

To study such mechanisms and rates of space weathering, Tsuchiyama is combining the analyses of returned samples with laboratory experiments.

To be sure, the conditions in an experiment are different from the real world. However, it can be performed on a shorter time scale and with lower cost compared with money-guzzling space missions. Some of their main advantages are the possibility to repeat measurements in time and space and also to quickly configure complex systems difficult to achieve in space.

“I am reproducing similar models of space weathering and object collision impact to an asteroidal surface to study the essential properties of an actual phenomenon. By doing so, I want to dig into what kind of geological processing underwent the pieces of rocks left over from the early solar system.”

As a different approach to illuminate the mysteries of our universe, Tsuchiyama is also studying meteorites that fell to Earth. He is particularly looking for microscopic inclusions of primordial water locked inside meteorites. This is a group of meteorites called carbonaceous chondrites, characterized by the presence of carbon compounds, and represents only a small proportion of meteorite falls, compared with (essentially dry) ordinary chondrites. He supposes parent bodies of those carbonaceous chondrites were formed farther from the sun, where it was cooler and water ice was present. Some water was then incorporated into them. 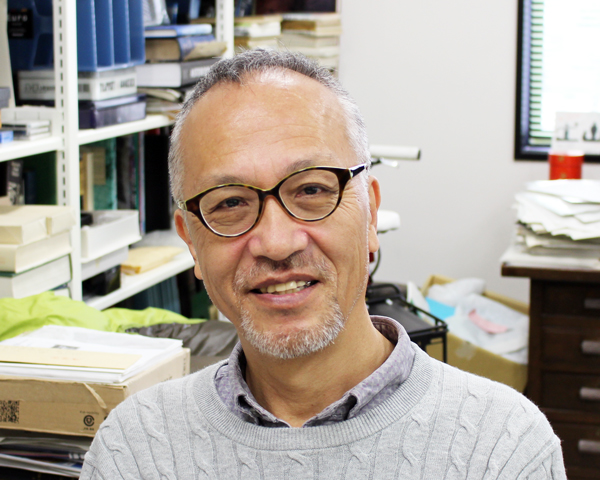 Scientists have seen indirect evidence of such water in meteorites, but never the liquid water itself. Tsuchiyama uses 3D x-ray tomography to search for water and a mix of complex organic compounds in 4.6-billion-year-old crystals preserved in meteorites. The non-destructive, non-contaminating procedures is very effective to measure the porosity of meteorites and indicate the presence or absence of volatiles. Identification of such primordial water surviving in meteorites from the dawn of the solar system, if any, is made through recognition of isotopic compositions and salt concentration.

Tsuchiyama is eagerly waiting for the return of “Hayabusa 2” in 2020. His current effort to discover water in meteorites also works as a preparation for its return samples, because Hayabusa 2’s target, asteroid Ryugu, should be made of carbonaceous chondrite. We could discover water or organic materials, which will help us gain a better understanding of the makeup and processes of the early solar system.