The amazing world of genes and cells during animal development 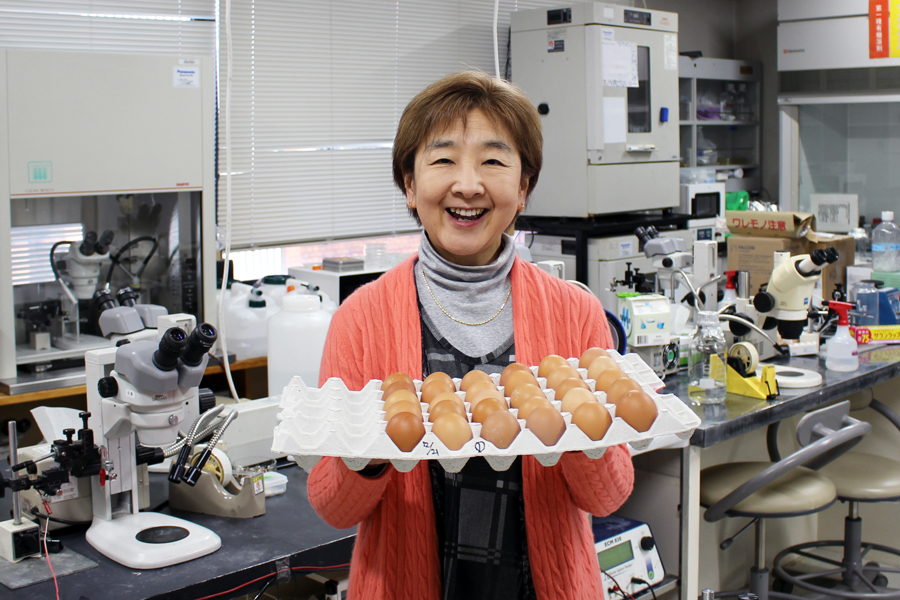 How many cells are in your body?

Still, these cells, as different as they are, have the same origin. A human being starts with a single fertilized egg cell, which divides into two cells, which then divide into four cells and so on.

How do the cells of the earliest stages of embryo know how to orient themselves to make a head or a leg and all the other diverse tissues and to put them in the right location? This is a mystery that has puzzled and fascinated developmental biologists throughout the history of this science. Professor Takahashi is one of those who have been mesmerized by the amazing world of genes and cells during animal development. She is studying rules and patterns regulating the dynamic behavior of early developmental cells. 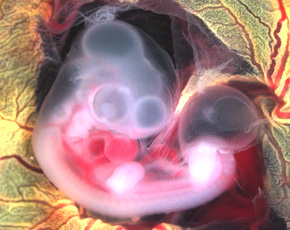 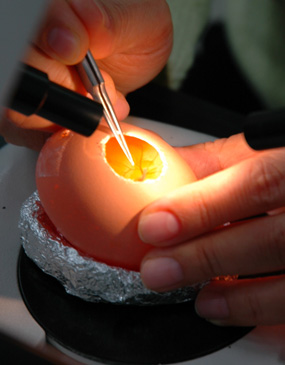 In her research, she uses chicken eggs. The development of chick embryos has been studied since ancient Greece. It has become one of the outstanding animal models for studying the molecular mechanisms of development. One reason is that there are great similarities between avian and mammalian embryology. Another advantage is that, as the chick embryo develops outside the mother, in an egg, it is easy to manipulate with genes, and amenable to transplantation. Finally, fertilized chicken eggs are not so expensive and available year round.

Using the techniques of surgical manipulation and genetic engineering, Prof Takahashi observes dynamic processes occurring in a chicken embryo. Naturally, these processes can be best observed in living cells without disrupting embryos. One of her powerful tools is a time-lapse confocal microscopy, which enables scientists to visualize not only deep into cells and tissues, but also to create three dimensional images and to follow specific cellular reactions over extended periods of time. She employs this method to study real-time developmental progress of various types of cells such as epidermis, muscle, neuron, and blood vessels, and — most importantly — their reciprocal interactions. They are communicating with each other by passing (to use her own words “whispering”) chemical signals. So, her work is to listen very carefully to their whispering conversation.

Prof Takahashi and her team member Asst Prof Tadokoro recently revealed a stunning mechanism of skin pigmentation, capturing the moment of melanosome movement in the live skin for the first time in the world. They published a paper in Scientific Reports (doi:10.1038/srep38277).

Skin pigmentation in mammals and birds is achieved by a series of processes including synthesis of melanin molecules that make skin darker within the melanocyte (cells located in the bottom layer of the skin), melanosome (organelle containing melanin) release from melanocytes, and melanosome uptake by neighboring keratinocytes (the most common skin cells, which make keratin, a protein that provides strength to skin, hair, and nails). Combining a new in-house fluorescence imaging technique with the high-resolution live imaging technology, they have succeeded in filming this melanosome transfer in a live skin tissue, dissected from a chicken embryo, therefore retaining three-dimensional structure and biological activity.

The team found that melanocyte membranes form multiple bubble-like structures (blebs), encapsulating a melanosome. They are pinched off from the melanocyte to become vesicles, and these melanosome-containing vesicles are finally engulfed by neighboring keratinocytes. The melanosomes then enter the cells and surround their nuclei, protecting them from damage. The following movie clip shows sequential steps of such vesicle release.

Melanin migration: Melanin being transported from melanocytes, where it is synthesized, to keratinocytes in the epidermis, which it protects.
(Kyoto University, Takahashi/Tadokoro)

The melanin production process has been extensively studied for a long time in dissociated cultured cells in petri dish. As demonstrated in this study, however, cell responses in three-dimensional cultures are more similar to those in a living organism.

“It is crucial to study how cells and tissues behave as parts of whole living organs,” says Prof Takahashi.

Early embryonic development is a complicated process mediated by an intricate web of various biological phenomena and chemical reactions. Even if we take full advantage of the latest technologies, we are still far away from creating a whole living organism solely from chemical compounds. But this is something all living things have been doing from ancient times. They can develop, grow and reproduce according to an ingenious and elaborate plan, which scientists call molecular mechanism. 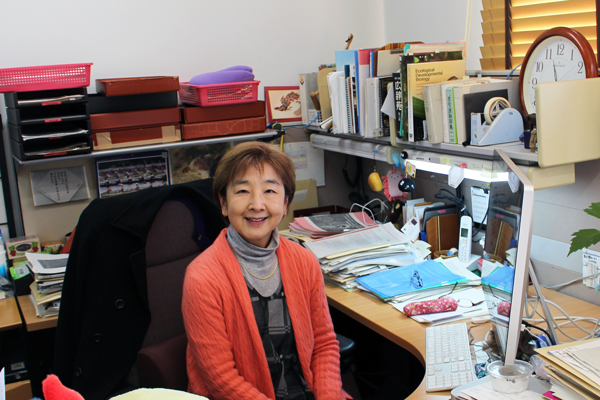 Prof Takahashi in her office

“The fundamental reason for studying embryology is to understand how our bodies came into being, and to discover the law of nature. However impossible it may sound or seem at first, exploring the fascinating world of embryo development is like an adventurous journey filled with excitement and surprises. And it is worth the effort.”